Beijing, September 2010; On October 15, 2010, Kempinski Hotel Beijing and boutique distributor EMW Fine Wines are proud to host a unique wine-tasting dinner. Taking place in Kranzler’s restaurant, this is a not-to-be-missed opportunity to sample one of the most exciting wineries in South Africa - Warwick Estate. 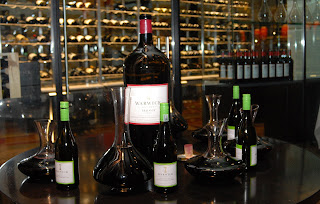 Warwick Estate is a family-owned and run winery in the famous Stellenbosch region. The land was purchased by Stan & Norma Ratcliffe in 1964, at which time not a single vine grew on the farm. However, The Ratcliffes soon realized the potential of the terroir and began planting Cabernet Sauvignon. The Cabernet Sauvignon vines yielded grapes of notably high quality, which were soon in demand from wholesalers and other wineries. Norma became increasingly interested in the wine-making process, and began to study the subject. Eventually a cellar was in place, and in 1984 the first Warwick vintage was released (a Cabernet Sauvignon). Since 1986, “The Trilogy”, a Bordeaux-style blend, soon became one of the flagships of the South African wine industry. Norma Ratcliffe became her country’s first female winemaker. She even has a wine – “The First Lady” – named after her.

Tom Stevenson, a prolific wine author and regarded as the world’s leading authority on Champagne, holds Warwick Estate in high regard: “Rich, complex wines make Warwick one of the youngest, smallest, and most exciting boutique wineries on the Cape winemaking scene.” In addition, Warwick has implemented an environmental-friendly approach to viticulture, refraining from using pre-emergent herbicides in its vineyards.

At the event, guests will have the opportunity to meet Norma and her son Mike Ratcliffe, the Managing Director of Warwick Estate, and can also sample a hand-picked selection of her wines, including “The First Lady” (Cabernet Sauvignon, 2008), “The Trilogy” (Cabernet Sauvignon, Cabernet Franc, Merlot, 2007), “Old Bush Vines” (Pinotage, 2008) and “The Professor Black” (Sauvignon Blanc, 2009). The wines will be paired with a specially-crafted menu prepared by Executive Chef Thomas Laberer and his team.

In addition to the wine dinner, Warwick wines will also be available at Kempinski Hotel Beijing from October 1 to November 30, 2010.

Warwick Dinner Ticket: RMB 498 per person and subject to 15% surchargeTo reserve tickets, or for more information, please call our F&B Information Desk: 010-6410 4200
Posted by Unknown at 5:13 AM