GREAT VIDEO PUNT OF WARWICK 'THE FIRST LADY' BY SIMON WOODS ON 'DRINKING OUTSIDE THE BOX!!
Posted by Unknown at 10:52 AM No comments: 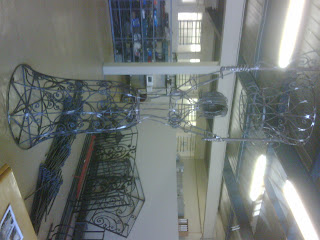 Posted by Unknown at 1:43 AM No comments: 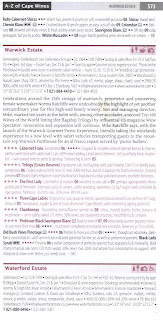 More than a year into the economic downturn, Napa Valley vintners are looking toward the future. “I think that we’re already starting to see a little bit of a turnaround as far as wine sales go,” St. Helena winery owner Kent Rasmussen said. Wine drinkers are buying more readily than they did a few months ago, he said, and retailers and restaurateurs are finally stocking up again. During the second quarter of 2009 — the last quarter for which information on sales tax revenue is available — winery sales in Napa County actually rose 3.9 percent over the second quarter of 2008. Spring 2008 was about the time that wine sales in Napa County first started to slip. Now, vintners are waiting on the holidays, when the bulk of their wine is sold, to see if there’s reason to be optimistic. “The fourth quarter is when the thing really crashed last year, so you better see a darn good increase this year, because a good portion of our production is sold during the holidays,” said Jack Cakebread, owner of Cakebread Cellars in Rutherford. “This is sort of the crunch time,” Napa Valley Vintners spokesman Terry Hall said, “because the fourth quarter really is the most active sales period for wine.”

Regardless of how things go this winter, some say the Napa Valley wine industry may have changed forever. “I don’t think it can go back to normal,” Calistoga winery owner Laura Zahtila said. “I think we’ll have a new normal.” New Jersey wine merchant Gary Fisch agrees. “It will never be like it was,” he said, “and boy, did I like what it was.” Deborah Steinthal, founder of Napa-based Scion Advisors, predicts that $75 wines will move down permanently to $50, and Napa Valley wineries will be forced to reconsider their luxury-only portfolios. “I think we’ve got about three to five years to redefine our position in the world of wine,” she said, “and that means not just in terms of proving we can sell as much wine in the categories we’ve been selling in the past.” Ultra-premium wine producers could have an especially hard time if wine buyers permanently tighten their belts. “I think there’s going to be a lot less cult cab out there,” Zahtila said. “I think that wineries need to get realistic about what people should be and are willing to pay for their wine.” Bill Harlan, whose Harlan Estates wines go for up to $500 a bottle online, said he expects a shakeout in the next three to five years among cult wine producers, but he adds that those who survive will come out even stronger.

“I feel that if we stay the course and continue to work on producing better and better wines and build relationships one-by-one, then things will come back,” he said. Relationships may be the key to success, according to industry officials. As people change the way they buy wine, and as distributors change the way they sell it, wineries are beginning to focus more on selling directly to consumers than relying on other retail channels. “National distribution makes sense for some wineries, but direct is more critical to survival and growth,” Steinthal said. This may mean a new approach to marketing, one that emphasizes personal relationships with consumers. “If we just keep doing things as we have done in the past and hope things will eventually come around to the way they were 10 or 20 years ago, I think many businesses will be sadly surprised at the outcome,” said Ed Matovcik, vice president of Foster’s Wine Estates, and one of a group of wine industry representatives lobbying for fewer restrictions on local winery marketing events. Winemaker Mike Grgich said he believes that Napa Valley is entering “a new chapter of the wine industry.” “We can learn from this,” he said, “(but) we have to work hard and smart and learn new ways of marketing.” Some vintners say this means more than just changing their marketing techniques, it means changing to whom they market.

Especially as Baby Boomers retire and cut back on their wine purchases, some wineries are starting to focus marketing efforts on the younger generation of wine buyers, including those born approximately from 1980 to 2000, known as the “millennials.” “The millennial category is really stepping up,” Steinthal said, “and wineries are learning how to market to millennials. Folks are really thinking through how to leverage the next generation of their family with a new category of customers, a new generation of customers.” Ceja Vineyards, for example, is one of the few wineries in Napa County that is actually expanding right now, and winery president Amelia Ceja attributes its success in large part to her children. “I have three children in their early 20s and they’re big on all the new technology and on the Internet,” Ceja said, “so that has been extremely helpful. We don’t do a lot of advertising, but our presence on online social sites has helped. We do a lot of videos and marketing on Facebook and Twitter.” Ceja said she and her children spend about an hour a day using Web 2.0 tools and social networking sites to market their wines. “It’s knowing what the customer wants and how to capture that customer’s attention,” she said, “and people are attracted to the millennials.” Ultimately, those who are quick to adapt may actually come out stronger than they were before the economic downturn. “In any kind of downtime, the industry gets stronger,” Steinthal said. “The innovators really show up, and so unfortunately, it means some folks drop out, but for the long-term health of the industry, the strong get stronger. Fisch agrees. “We’re entering a new economic age, and the people that can change and adjust will thrive,” he said. “The people that stick their head in the sand and say, ‘This is the way we’ve always done it and this is the way it will continue,’ I think will have challenges.”

Posted by Unknown at 6:51 AM No comments: 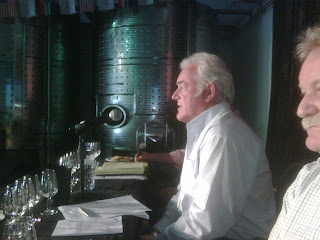 Posted by Unknown at 1:13 AM No comments:

ROOTSTOCK: IS THE GRASS GREENER ON THE OTHER SIDE? 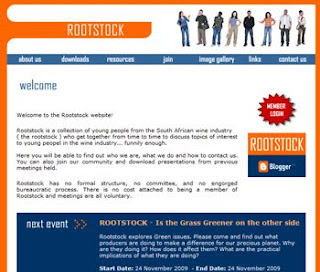 Rootstock invites you to our last event of 2009. We explore GREEN ISSUES in the winelands, viz Organic , Biodynamic , Bio-logic  and Carbon Neutral . Join us to hear from our panel of producers how they are applying their approaches, and what they are doing to make a difference to our environment. Participate in the panel discussion which will ensue. We encourage active debate from all present. We can all learn from their experiences, and invite you to ask questions, in fact if you would like to email questions to us before the event - we will pass them on to the speakers. Emails to info@rootstock.co.za. Our panel consists of:

If you would like to contribute to the discussion - feel free to participate after they have made their 10 minute presentations.

Bookings are essential through http://www.rootstock.co.za/ ONLINE only. You need to register with Rootstock to attend. Rootstock membership is free - but you pay for events attended.

If you book and do not attend - you will still be invoiced accordingly. For any urgent matters please contact Judy Brower on 083 301 8569 or email info@rootstock.co.za

Posted by Unknown at 1:05 AM No comments:

JOIN US FOR XMAS DINNER

Join Mike Ratcliffe at The Butcher Block Executive Grill for a decadent, but fun and relaxing evening in the company of the passionate members of the Warwick Wine Family. We look forward to a great evening of good food and wine. Book now!

Posted by Colleen Norkie at 1:58 AM No comments:

PROGRESS IS BEING MADE! 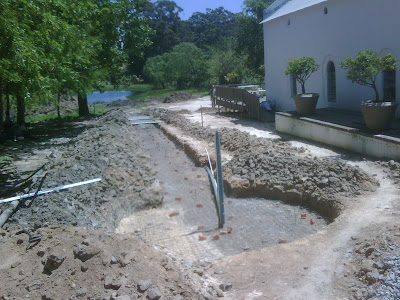 The foundation is in for the new 'Wedding Cup' fountain 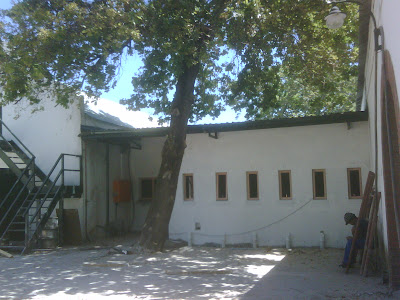 The new Kitchen and restroom wing is almost done. 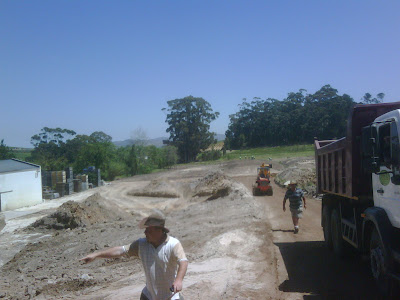 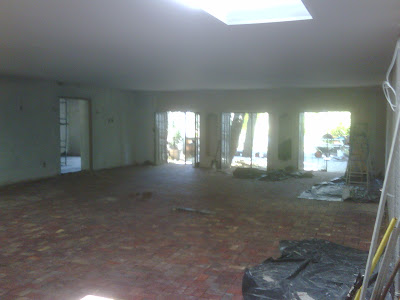 The skeleton of the new Warwick 'Bistro' is nearing structural completion.
Posted by Unknown at 4:24 AM No comments: