Posted on Apr, 22. 2010 by Kevin Sidders
On Monday I and a handful of other Guild board members spent the afternoon at Country Vintner’s annual grand trade tasting. They had approximately 50 suppliers in the room pouring their current releases, as well as a special table periodically offering back vintage gems. They had a number of high quality producers, in addition a broad range of wines from across the price spectrum.
I spent most of my time tasting the high end California stuff, from producers such as Forman, Capiaux, O’Shaughnessey, L’Angevin, Brewer-Clifton and Melville, and have some strong recommendations from among those expensive providers (if anyone is interested, please email me for details). Beyond that I was able to taste a variety of other wine at various price points, and between myself and Rives we ought to have a handful of offers to share in the week(s) ahead.
Today, however, we are offering my favorite wine from the entire tasting in terms of quality for price. This wine comes from importer Bartholomew Broadbent — you may recognize the family name, as his father is one of the most well-known authors in the wine industry, as well as the world’s leading authority on aged Bordeaux and the person who built the Christie’s Wine Auction business over 30+ years.
Bartholomew followed in his father’s footsteps and has spent his entire life in the wine trade in various capacities. For the last dozen or more years he has built an importing company featuring a variety of interesting and outstanding wine brands from around the world. A couple of years ago he relocated from San Francisco to Richmond to be nearer to family, and as such he can often be found around the area tasting at various shops, etc (perhaps we’ll even get him to the Guild at some point).

In any event, his table had a lineup of about 8 selections from a few different producers from Portugal, New Zealand and South Africa. While there were strong showings throughout, I was blown away by the 2005 Warwick Estates Three Cape Ladies. Warwick is a sizable producer in the South African market, with a broad range of wines that have a reputation for quality and value at all price points. The Three Cape Ladies is typically a blend of Cabernet Sauvignon, Syrah and Pinotage, with the varietal mix among the 3 grapes changing from year to year in response to the growing season, quality of fruit, etc. In 2005, however, a splash of Merlot was added to the mix (though they didn’t change the brand and add a fourth lady). Whatever the case, this wine just exploded out of the glass with a nose of dark fruit and spice, and offered a generous, complex, well-balanced palate of blackberry jam, spice and a touch of oak. Being a 2005, I think the bottle age has definitely helped bring the wine together into a seamless package, and it’s showing
While I was raving about the wine to anyone near me, Bartholomew mentioned that it had just been reviewed by our friends at Wine Spectator:

Wine Spectator
Score: 91
Dense but supple, with very suave, fine-grained structure holding together the black currant, fig and blackberry notes, while black tea, tobacco and iron notes fill in on the long finish. Cabernet Sauvignon, Pinotage, Syrah and Merlot. Drink now through 2011. 8,000 cases made. –JM
Now, having tasted this wine in the past, I thought I had recalled a retail price point in the low-$30s and deemed this vintage a solid value in that regard. When I inquired about distributor pricing, imagine my surprise when they quoted a price in the mid-teens! And beyond that, Country Vintner was running a spiff that provided even further discounts for purchases made at the show. Now, it’s not our model to go long a bunch of wine and try to sell it, but in situations where we can act quickly and score great deals we’ve been known to bend our rules on occasion and with Will’s approval we jumped at this one. Here are the fabulous details:
2005 Warwick Estate Three Cape Ladies
Retail price before member discount $28.00 • Buy this wine! Now, we only have a fixed quantity at this price, so if you’re interested act quickly. Once we sell through that we’ll let everyone know, as the price will go up a couple of bucks for orders made after that (but where the wine is still an incredible value, mind you).
Posted by Unknown at 1:53 AM No comments:

About Destination Cellars
Founded in 2006, Destination Cellars is the first and only luxury destination club that offers affluent wine, food and travel enthusiasts personalized access to prestigious winery properties around the world. Individual and corporate club members enjoy exclusive, tailored experiences at more than 100 of the world's finest wineries spanning seven countries. Destination Cellars creates private "once in a lifetime" experiences, to ensure it opens the world of wine to those who desire an extraordinary and memorable journey.

For more information on the event, visit http://www.destinationcellars.com or contact us at 703-327-3109.

Perfect paradise ... view from the penthouse at Warwick 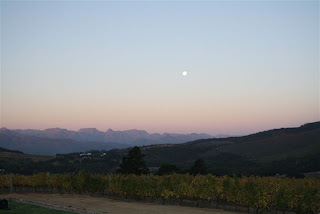 Posted by Unknown at 3:01 AM No comments: 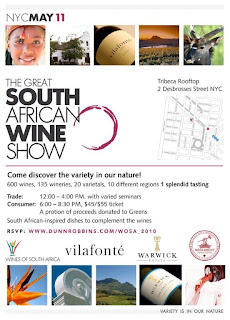 Roger with a hard to find bottle of Trilogy 2001 at the Harrow Inn! 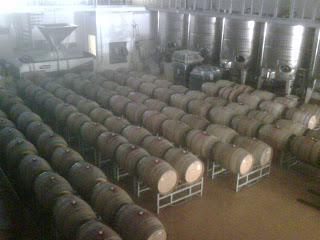 Posted by Unknown at 5:03 AM No comments:

JOIN US FOR THE 'RATCLIFFE FAMILY WINE WEEKEND' APRIL 24-27TH 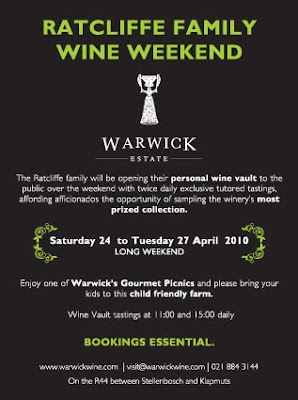 ENJOY A WHOPPER OF A WINE WEEKEND AT WARWICK! 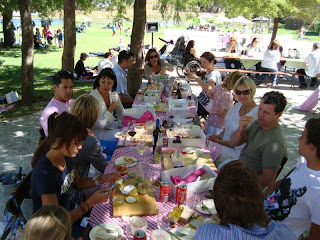 Warwick Wine Estate is hosting another fun-fined family food and wine extravaganza over the Freedom Day weekend, that is, the 24th to the 27th April. Each day, the acclaimed estate will be offering wine enthusiasts the unique opportunity to sample the estate’s finest and rarest wines as the doors to the Ratcliffe family’s personal wine vault are opened to the public. Regular and one-off exclusive tutored tastings will be held throughout the weekend, affording aficionados the opportunity of sampling the winery’s most prized collection.
For those with an adventurous spirit, the ‘Big 5 Safari’ will not disappoint as you enjoy a guided 4x4 vineyard tour and mountain top picnic, educating you on the five key varietals making up Bordeaux-style blends. This excursion up the mountain-side boasts a zenith which overlooks the vineyards, and affords one a panoramic view of Warwick and surrounding farms.
You can then sit back, relax and linger at leisure savouring each delectable component of the Bruce-Robertson-inspired ‘Warwick Gourmet Picnic’ at any of the scenic picnic spots on the picturesque farm. Bring your kids to this child-friendly farm and repose having complete peace of mind that your children are safe and entertained as they clamber up one of the state-of-the-art jungle gyms or bounce merrily on the Jumping Castle.
So, make the most of the last days of summer and public holidays, and revel in glorious scenic surrounds, sampling award-winning wines and culinary soupcons. 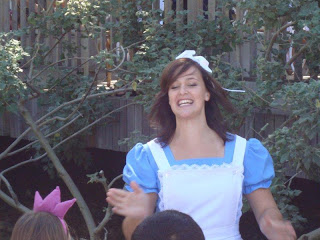 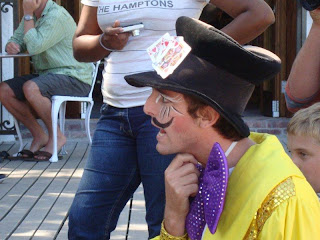 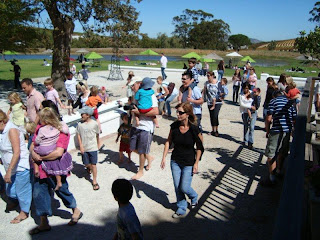 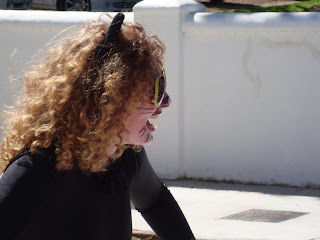 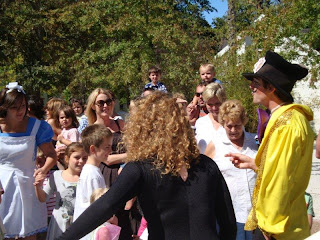 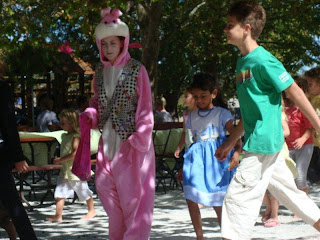 Posted by Unknown at 2:27 AM No comments: