Has South African wine finally arrived in the USA? 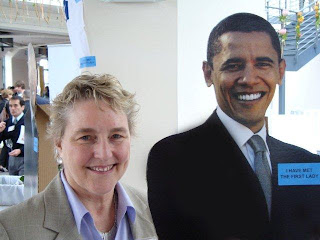 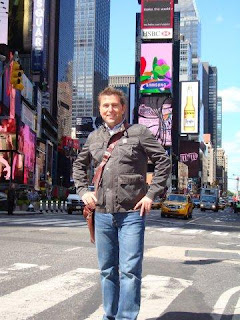 It would be fair to say that South African wine has made some reasonable progress in the United States despite Wines of South Africa.

The incredibly restricted USA budget allocation previously deemed appropriate by the misaligned board of Directors of Wines of South Africa has been wholly inadequate and it is due to the frugal cost of access to Rory Callahan and his New York based team that we have been able to maintain at least a semblance of a generic presence.

As the Directors of WOSA are chosen on the base of volume (instead of value), it would come as a surprise to many readers of this column that America would not have been given a greater focus from the 'powers that be'. With the South African 'big boys' chasing shareholder satisfaction by saturating the commodity-driven UK, Dutch and Scandinavian markets with volume, it would be a further surprise that more emphasis had not been given to the USA, the biggest wine market in the world. It is refreshing that a little recent shareholder activism from the currently disadvantaged and under-represented 'quality' driven smaller wine producers finally convinced the powerful apparatchik to rethink the concept of ignoring the USA and finally agree to dip their toes into the US water. It would appear that the collective South African generic initiative has taken a fairly significant step forward.

Nobody really knew what to expect when the small scattered army of South African winery exhibitors started streaming into the ground floor lobby of Tribeca Rooftops, the rehabilitated industrial venue chosen as the venue for 'The Great South African Wine Show' in New York City. It is clear that WOSA has really stepped up to the plate and the venue, the layout, the decoration and the atmosphere shouted positivity and would not have ever been confused for another country's generic presence. South African wine was standing proud and it was easy to feel patriotic and proud as a remarkable number of producers invested heavily in creating a presence for themselves here. A question mark of attendance hang heavily in the air and a collective sigh of relief could have been felt as the notoriously fickle US trade started streaming into the venue.

I have not seen official attendance, but I can say that the event was buzzing, a large sub-section of NYC (and from further afield) trade and media thronged the corridors and made the first part of the event a big success. The trade seminars hosted by Andre Shearer, Robin Back and Su Birch were also positively received and were straining to contain the enthusiastic attendees. The consumer seminar in the evening hosted by Zelma Long was also described as remarkable and amazing and played right into the American consumers desire for a little showbiz. The timing of the event could not have been better, just prior to the summer season and, perhaps more importantly, almost exactly a month before the kick-off of the Soccer World Cup in South Africa.

The consumer event in the evening was even more eagerly attended and the event felt more like a gigantic wine party than a sophisticated wine event, but underneath the buzz was a large contingent of excited consumers making every effort to learn as much as possible about the wonders of this exciting new wine producing countries. This is how to market wine in America - give them wine education 101 and camouflage it as entertainment. I don't think that we could have wished for a better buzz and it is exciting to see our generic marketing muscle showing it's versatility by flexing in a new market.

"There is a remarkable outcome when you withdraw marketing - nothing happens". Well the converse is true of marketing wine into the USA and it can be said that South Africa has taken the first step on what could become an exciting journey. This is the first step on a completely new journey of discovery in the USA, we are not perpetuating the past and the outcomes have the potential to catapult South African wine even further towards our global aspirations. We should applaud the South African wine industry for embracing and funding this challenge, cudo's to the WOSA board for allocating funds and specifically well done to the entire WOSA team for a job well done.

Now the challenge really starts as we attempt, in our own way to maintain and build momentum. If we do not follow up on this event it will be a travesty, an inexcusable waste of the energy that has been injected in New York and it should be incumbent on the producer shareholders of WOSA to ensure that funds continue to flow into the US market. We have taken a big step, but the next one might even be more challenging. Bravo South Africa.

The Author will be cheering for the US team at the World Cup if Bafana Bafana fail to reach the final.