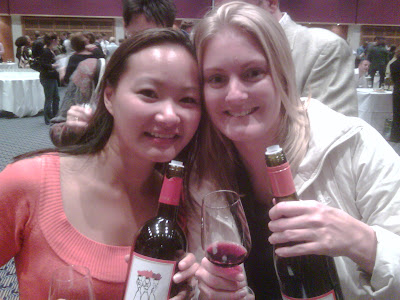 South African wine descended on Earls Court yesterday in a well coordinate panzer movement that was designed to strike fear into the heart of the UK wine community. In what amounted to a superb show of force it certainly felt like the SA wine marketing community have come of age. A huge proportion of the top SA brands both large and small turned out to woo and wow the locals in what is strategically an excellent non-conflicted pre-World Cup piece of UK wine calendar real estate. But was there a soccer ball in sight? One cannot help but think that we are procrastinating by not cranking up our media and marketing machine with only months to go before the largest sporting event ever to descend on Africa? It is well known that WOSA has been proactive in designing plans and programs that, I believe, have excellent vision in promoting brand SA, but why was it not unleashed here. Perhaps it will be revealed today as I depart now for the day 2? 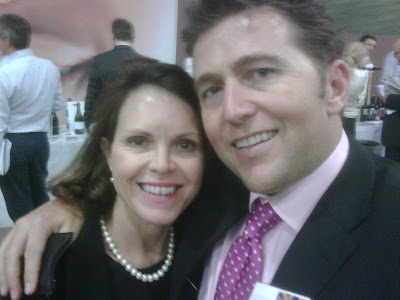 OK, so the SA wine industry was in London, but how were my predictions on attendance figures? It is always difficult to gauge attendance at these events and I might be getting in trouble, so I will restrict this opinion to a very narrowly defined one – my own. I was really impressed by the attendance by European and even American interests. I was happy to spend time with my Dutch & Russian agents and enjoyed discussions with colleagues from Finland and Ireland. The New York sommeliers flown to London by WOSA were likes bees around the hive and it would seem took the opportunity to really throw themselves at the opportunity to educate themselves widely, although they lamented that the majority of wines on show were not available in NY – fair enough, it is a UK trade show. There were also some top journos and many of the big supermarket buyers were present, but where were all the restaurant owners, the independent wine shops, the sommeliers and the smaller wine buyers? Did I blink and miss them? After 15 years in the market I know many of the top people and they were, it seems, not there.

The evening was an altogether different affair as SA Wines Online hosted a consumer event that had many of the exhausted SA wino’s running hard with 400 plus consumers scrambling for a taste of some of SA’s top drops. It was a warm and heartening affair with overwhelming enthusiasm coupled with genuine interest that could have lead to excellent sales – an altogether welcome combination. I will be looking to boss-man kevin Gallagher of www.sawinesonline.co.uk to give me some feedback later today, but my gut feeling is that it was huge success. Well done to all.